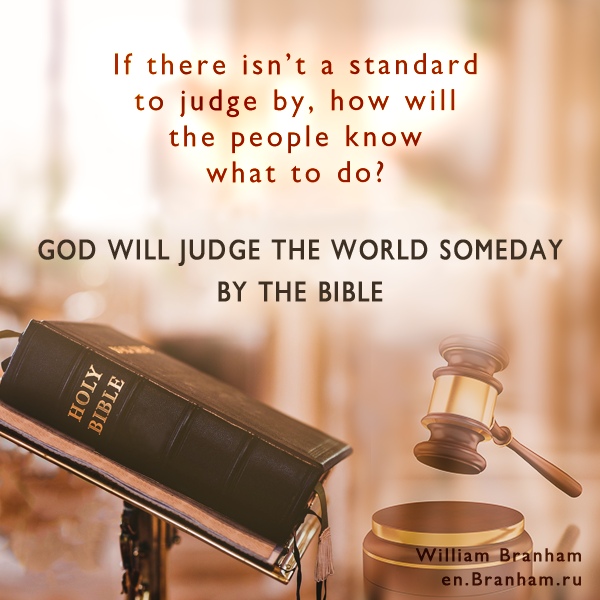 But He’ll not judge it by any church, to my opinion, because there is too much differences and too much confusion. But He’ll judge it, the Bible says, “He’ll judge the world by Jesus Christ.” Now, that’s Scriptural. Now…And the Bible said, that, “In the beginning was the Word, and the Word was with God, and the Word was God. And the Word was made flesh and dwelt among us.” “The same yesterday, today, and forever.” So, He is the Word, and This is Christ in letter form. And in the Book of Apocalypse to the Catholic, Revelation to the Protestant, in the 22nd chapter when this Book was finished, Jesus said, Himself, “If any man will take one Word from this Book, or add one word to It; the same, his part, will be taken from the Book of Life.” So I…The reason we believe this, and stay just exactly. Nothing…He can do things that He hasn’t written here, we know that. But as long as we just stay with what He has wrote, that’ll be fine.