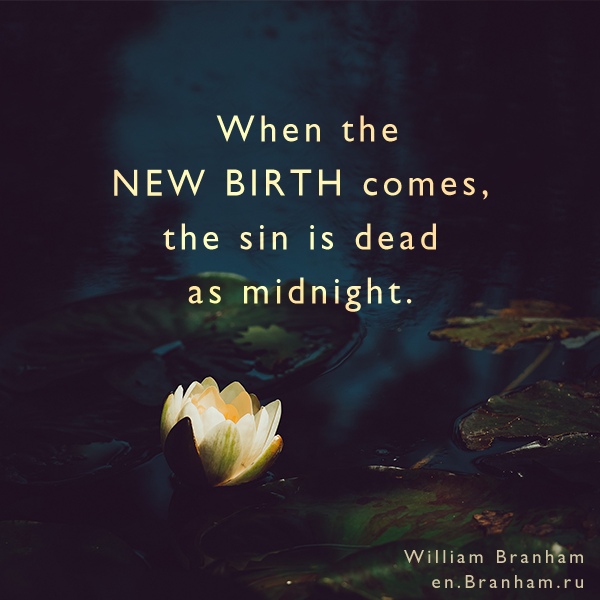 Here in Louisville, Kentucky, not long ago, a minister was talking, that there was a young lady. She had waited a little long in life to be married, somewhere around her twenty-five, thirty years old. And she was a fine, staunch Christian girl. And there was a certain man in Louisville that wasn’t; he hadn’t lived such a good life. He had run to dances and roadhouses, and so forth, but one day he found pardon for his sin and he become a real Christian, real staunch Christian. About a year later, he fell in love with this young lady, and the young lady madly fell in love with him. And they were married.
And after they lived together about two years, they said that this young lady said to her husband one day, she said, “Dear, I suppose that’s kind of hard for you, just a new Christian,” said, “I’ve been a Christian since a little girl.” But said, “For you, a young Christian, to have to stand all the wiles and temptations that goes with it after you—you’ve sinned so long.”
And he said, “Well, it does become a battle.”
She said, “I want you to remember one thing, that if the enemy does upset you somewhere, and you fall and you go back into sin, don’t stay away from home. I want you come on home.” Said, “You’re going to find at home the same wife that you married.” And said, “I’ll help you to pray back, and pray through, and get back to God again.” Said, “I don’t want you to stay away.” Said, “Look, I married you upon the basis not of what you were, but I married you because I loved you.” And she said, “No matter what you do, I still love you. I married you because I loved you.”

And the man that day went to work, was heard repeating it in a…the place where he was working. He said, “Now, how could a man do anything wrong against something like that?” When a woman, that loves him so much that, no matter what he did, was willing to come back and take him again, and try it again. See? It shows…

Now, you multiply that by a billion and then you have some idea of what the love of God is. See?

That when a man falls in love with Jesus Christ, the things of the world…When you think of what He did for you in the light of the Scripture, not in the light of some emotion, but in the light of facts, what it is, then there is something happens in you. When the new Birth comes, the sin is dead as midnight. When as long as that Light is in you, how can darkness shine? It cannot do it.